When Letting Go is Better than Holding On: Wildlife Captivity in Houses 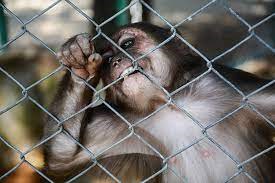 They’re cute, they’re small, and most importantly, they seem to be harmless. Their playful little face with big eyes begs for a pat on the head. At least that’s until they’ve grown older and started to show their “true colors”, becoming more hostile. At which point they get taken away or worse, killed unfairly.  It […]

It has been more than a month since the President of Indonesia, Joko Widodo, announced a lift on the mask mandate. On May 17th, 2022, the government of Indonesia held a press conference stating that starting from May 18th, 2022, people are allowed to not wear masks while doing outdoor activities where there is no […] After 25 years, Indonesia has become the host of MotoGP 2022, which was held at Pertamina Mandalika International Street Circuit in Lombok,